The term was coined by the Australian ecologist Bill Mollison in the 70s. It derives from the English term “permanent agriculture” and is the conscious design and maintenance of agriculturally productive ecosystems which have the diversity, stability, and resilience of natural ecosystems. This means an economy following the example of nature, which is based on natural cycles and ecosystems and a conscious approach to natural resources, animal and plant life and ultimately to ourselves.

The following principles are at the core of this philosophy:

The following principles are at the core of this philosophy:

HOW ECONOMICAL CAN A PERMACULTURE BE?

However, permaculture is a model that is not conclusively defined. The basic concept should be specifically adapted, researched, and shaped according to each situation. Neither is it a fundamentally new concept; it is rather rediscovered. The indigenous people of the Amazon, for example, already laid out their forest gardens thousands of years ago between fruit-bearing trees. In order to achieve high yields per hectare, well-thought-out polycultures, closed nutrient cycles through intelligent recycling of waste, and humus build-up was necessary. Today it is assumed that Amazonian civilizations were able to produce enough food with this agricultural system to supply medium-sized cities. Evidence for similar systems has been found worldwide in ancient advanced civilizations. These are signs that permaculture is economically viable.

With our project, we investigate how successful and productive different combinations of cultivated and native plants are. For this purpose, we plant predefined areas according to the system of multi-story agroforestry cultivation and the effort and yield is continuously recorded. Whether a combination is economically viable is assessed at the end of a cycle on the basis of the operations accounting. 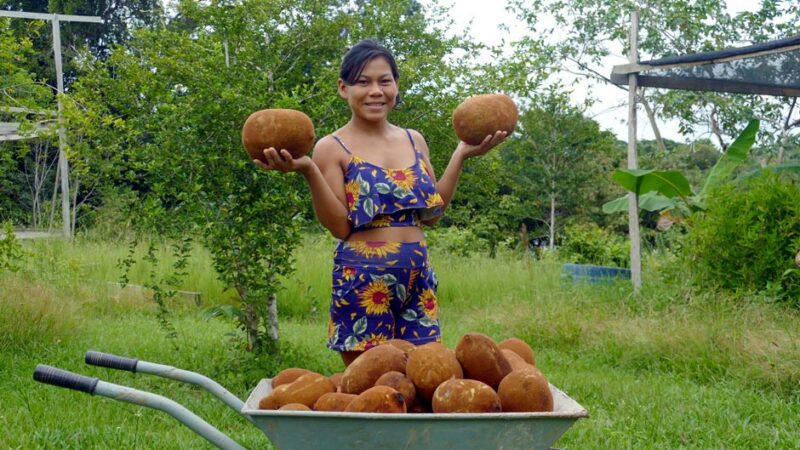 In the tropical climate, the whole year is harvesting season. Raiele at the Cupuaçu harvest. 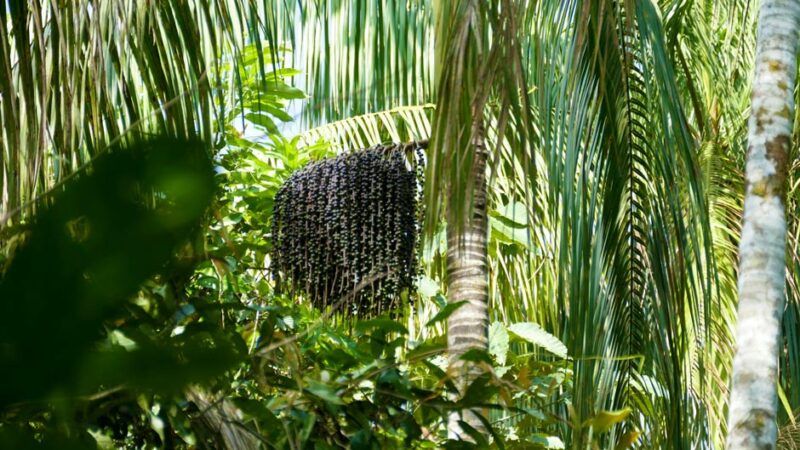 The jungle is one big permaculture. Here a mature Acai trunk in the middle of the forest. In our plant nursery we grow seedlings and trees which are later planted in the field. 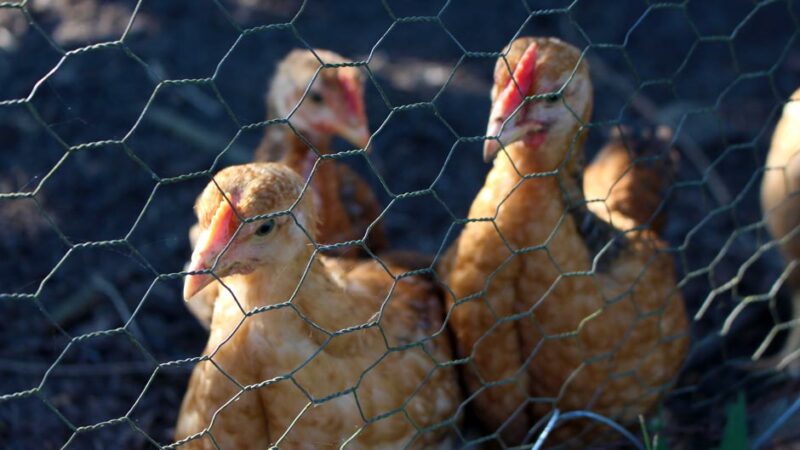 Another cycle is closed with the farming of our chicken. Chicken dung, eggs and poultry are important elements in our permaculture.

Terra Preta is a highly nutritious black humus soil. It was discovered in the Amazon lowlands mainly along rivers. Excavations have shown that more than 5000 years ago, indigenous succeeded in fertilizing the red infertile clay soil (Ferralsol) with their own Terra Preta and thus practicing successful agriculture.

In addition, Terra Preta prevents erosion during the intensive rainy season due to its highly water-absorbing properties and thus enables annual growth of the humus layer. During excavations in the jungle, layer thicknesses of unbelievable 1-2m were found. In Europe, the potential of the Terra Preta has also been discovered and the humus soil is already industrially produced and sold.

This rediscovered knowledge of the local indigenous people, which solves fundamental problems in tropical agriculture, is of course a huge gift and forms an important element of our project. With our own production and the use of Terra Preta we are able to research the formula as well as the optimal use under tropical conditions. The aim is to produce Terra Preta with an economically and ecologically sustainable process and to inspire the local population and any interested parties with practical results in the field. 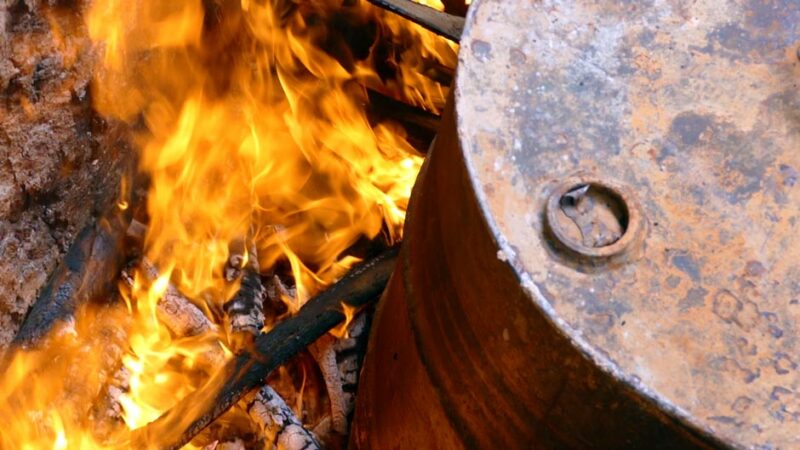 The heart of the Terra Preta production - charcoal production. 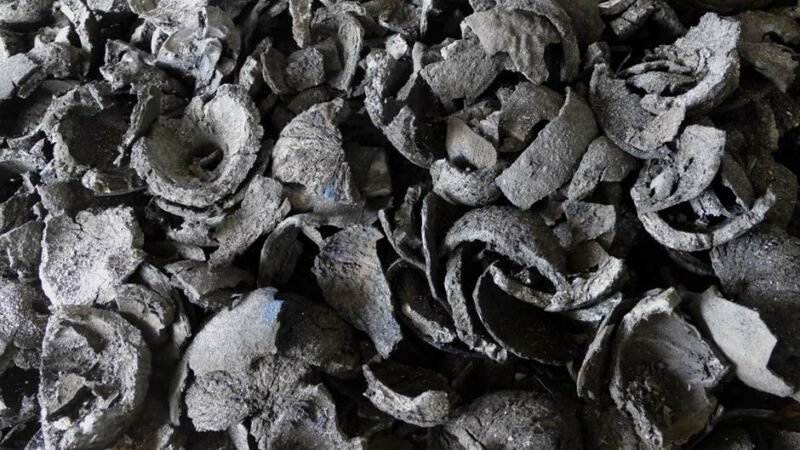 In addition to wood, suitable harvest waste is also used. 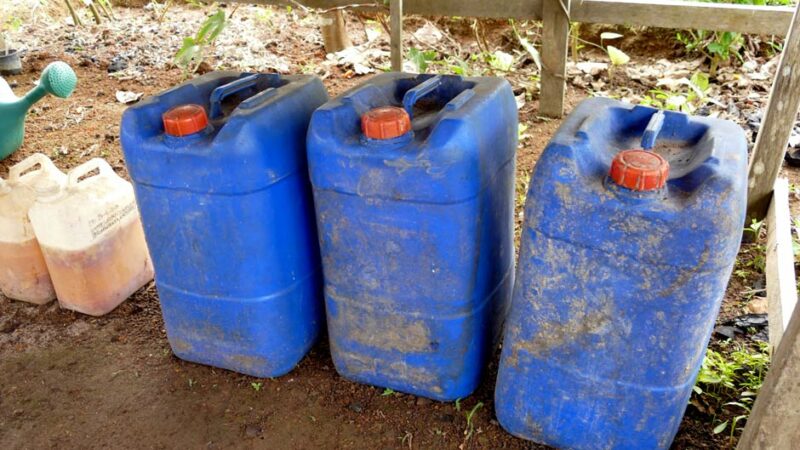 By fermentation we obtain our microorganisms with which we later charge the charcoal and transform the Terra Preta into black gold. The amazing properties of Terra Preta have been discovered and successfully applied by the indigenous people of the Amazon basin. 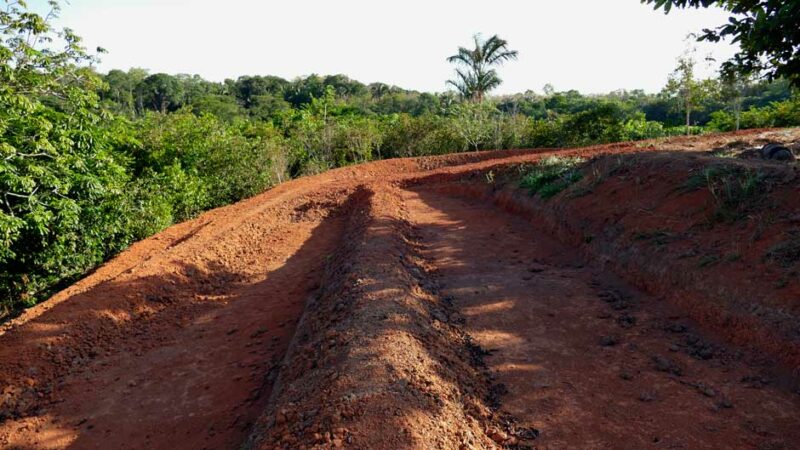 The terraces in permaculture zone 1 are ready to be filled with Terra Preta.

Vitality and well-being
is key

THE TREND TOWARDS UNHEALTHY NUTRITION

Even here in the jungle, despite the rich supply from nature, eating habits are dominated by international food companies! Sugar, fat and genetically modified ingredients dominate the “food” produced in factories. The access to natural products is lost and children can hardly distinguish an avocado from a cucumber.

The cooking school will provide a platform where students can experience “farm to table” on a one-to-one basis. Getting to know and trying out different local fruits and vegetables and their use in delicious meals should provide inspiration for a more genuine diet.

We also want to draw the attention of the customers of the products produced here at Terra do Caju, such as biscuits, marmalades or homemade pasta, to the many uses that can be made of the fruits of the jungle. The wide variety of the jungle. A delicious meal, prepared with ingredients directly from the permaculture. 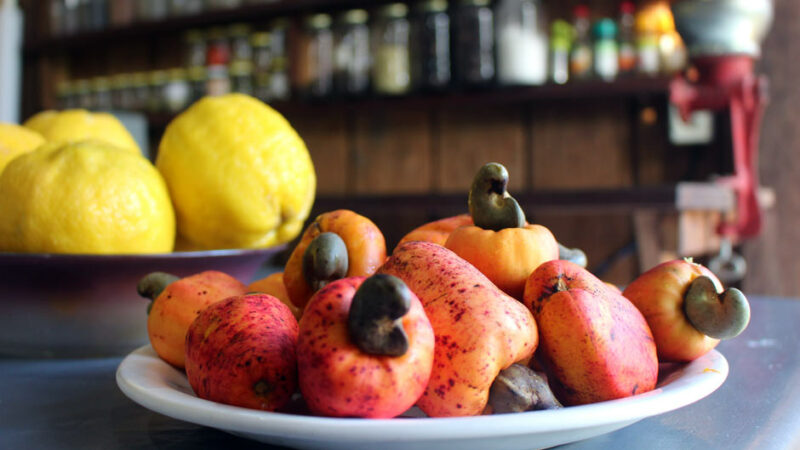 Practically all year round, different fruits or vegetables can be harvested daily. The cooking school is intended to provide a platform for getting to know and for experimenting with local products. 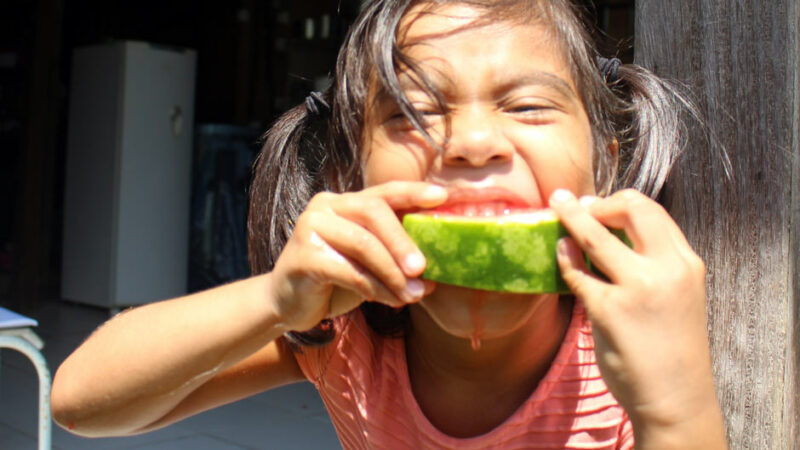 Healthy and fresh food is fun.